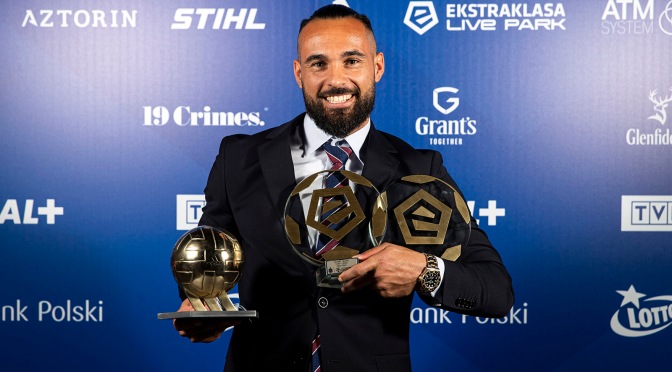 The prestigious ‘Player of the season’ award was handed to Raków midfielder Ivi López, who also picked up ‘Midfielder of the season’. In addition, the Spaniard also collected his Golden Boot trophy, with his 20 goals being the highest of anyone in the league, two clear of his nearest challenger. Raków’s Bosnian Vladan Kovacević also collected the title of ‘Goalkeeper of the year’.

‘Goal of the Season’ went to Śląsk Wrocław’s Fabian Piasecki, for his impressive bicycle kick – a 90th minute equaliser against Piast Gliwice – in the early weeks of the season.

The remaining four awards all went to Champions Lech Poznań. Bartosz Salamon claimed the ‘Defender of the Season’ title, Mikael Ishak took the ‘Striker’ award, Maciej Skorża was named ‘Coach of the Season’, while ‘Young Player’ was given to Jakub Kamiński.